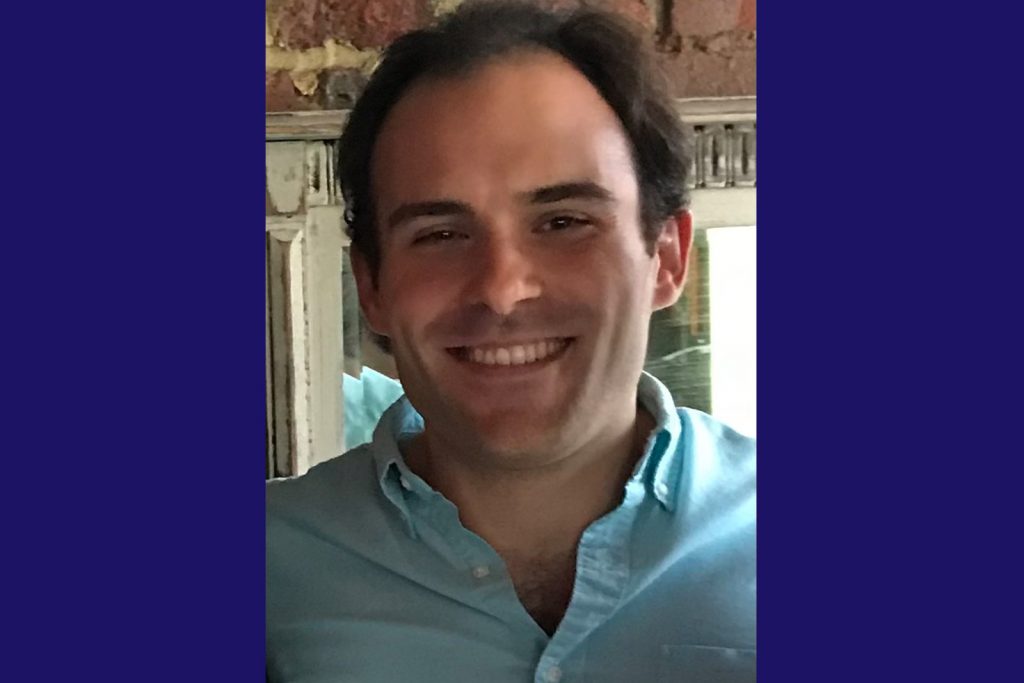 The event was hosted by graduate MND student Emily Barnes, who welcomed Lorenzo Arguello, senior producer at Sports Illustrated and a 2011 graduate of Syracuse University.

Arguello’s passion for sports journalism started when he was just eight years old.

“I was just watching a game with my dad and I do not even remember who was playing, but I remember Bob Costas,” Arguello said, acknowledging after that he was not just trying to “do an SU plug,” but that he was genuinely enamored with Costas on the call. “I asked my dad if the announcers did that just for fun and had other jobs or if that was their real job. When he told me that was Bob Costas’ job and what he does, it was a lightbulb moment for me. I knew I wanted to do this.”

Arguello’s passion for sports journalism stuck with him from that day and led him to his undergraduate experience at the University of Colorado where he majored in both broadcast and economics. Upon graduation from Colorado in 2009, he would attend Syracuse and make the switch between broadcast journalism and magazine, newspaper and digital journalism.

The transition came after his decision to go to grad school. “I had been applying for jobs and thinking next steps,” Arguello said. “When I decided to go to grad school, I started my own dinky sports blog. I do not think I ever got more than 20-30 readers but I really got into writing and I loved journalism and where it was at the time.”

The versatility of his Syracuse education Arguello attributed to getting him where he is today.

“I learned how to code a little bit, I was not a programmer or anything but I was able to learn the technical side of it,” Arguello said. “Obviously at SU getting to take different classes with Professor Chessher and Professor Glass and getting to work on the web end at Syracuse.com was a big experience that I really enjoyed.”

With his background in media and newfound passion for writing, Arguello ended up getting a job at Business Insider. He was able to use the connections that the Syracuse network provides to get the position and stressed to students the importance of networking.

“The biggest idea is working in that collaborative environment,” Arguello said. “Being in a class setting and working in groups is good too but for me working in these organizations became closer to my professional experience.”

Versatility in journalism is very important. Arguello stressed that the new audio format is something that is a desired trait from employers in employees. Podcasting is as big a trend as ever and “the more things you can do, the easier it is to sell yourself,” according to Arguello.

Arguello left the students with a message about how fulfilling the sports industry can be.

“I had been in Sports Illustrated for about a year. It was the night of the College Football National Championship. Despite all of the other reporters and photographers from, my story was the one at the top of the website the next day. It was a remarkable moment and allowed me to see how far I had come.”