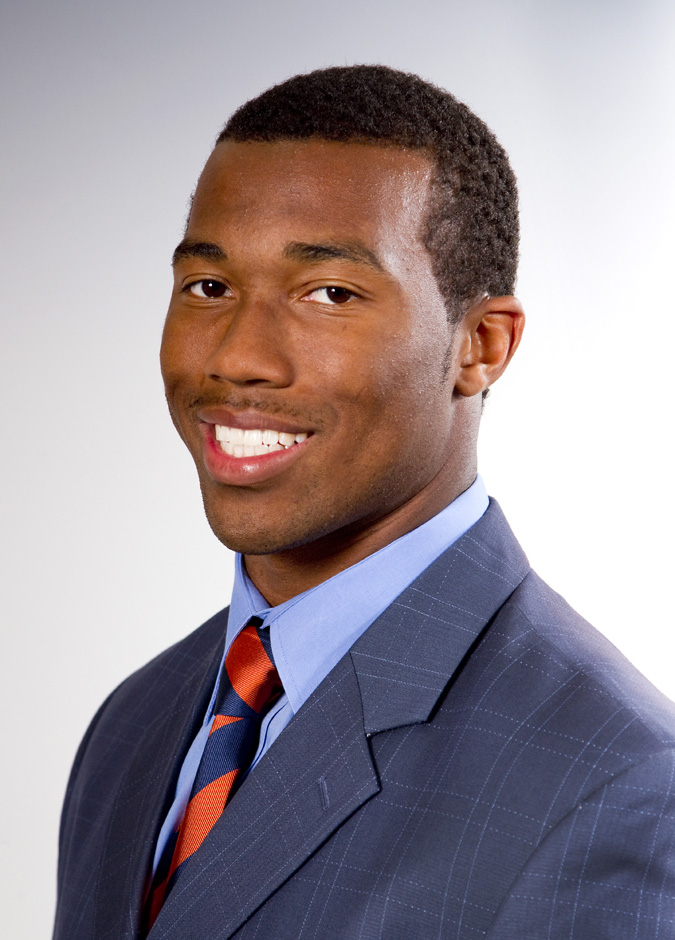 Lynch earned a bachelor’s degree in economics before making it to the NFL as an undrafted free agent – beating the odds of 1% of players making an NFL roster as undrafted free agents. Lynch played for both the Los Angeles Rams and the Tampa Bay Buccaneers.

A dynamic individual, along with being named the Bucs community MVP multiple weeks – an award that recognizes NFL players who are making a positive impact in their local communities — Lynch was able to take advantage of camera opportunities with the NFL Network, Fox Sports and was even selected as one of four players to broadcast this past year’s Superbowl. That same year, he was named the interim co-host on a daytime show for NBC.

Bring Your Full Self

One of the takeaways Lynch gave to students was his definition of success, which he considers as, “what you leave behind for people.”

He recalled a story of his experience as a student-athlete at Syracuse. A lot of early mornings he and his teammates would be in the gym training and often, there was a lady who would be cleaning the facilities. Lynch would open the door for her every morning and make friendly conversation, often showing his appreciation for her hard work. However, there was an issue Lynch had with the cleaning lady — the lady would wear a Boston College shirt. Lynch was confused why she would support an ACC rival. He never brought it up and continued to show graciousness to the employee.

The cleaning lady would turn out to be the mother of one of Lynch’s mentors when he got to the NFL, who, ironically enough, played for Boston College.

“Treating people well, being authentic I think can be the most important thing,” Lynch said. “It propelled me to that next level within the NFL.”

Lynch attributes “bringing his full self” to what led him to where he is today and granted him many of the opportunities he is grateful for, including the opportunity to be able to speak with Newhouse students.

Lynch’s media career started his senior year at Syracuse when he had a show called “Cam’s Cam,” which he jokingly said, “wasn’t it,” when talking about Newhouse standards of production.

Lynch would produce his show by interviewing his teammates after practice which allowed him to discover that he enjoyed telling the untold stories that people usually do not hear or see. He attributes his time at Syracuse to being where he fell in love with media.

Regardless of the quality of his show, Lynch said it helped him figure out what he liked and did not like – a very important aspect to know about certain industries and careers.

Lynch took this passion of storytelling and used his platform of being a professional athlete to incorporate himself in his local community. He would go on radio stations after practice and on off days when he was in the NFL to tell the stories of the local community.

An economics major, Lynch was able to learn about the sports media industry by simply putting out content, which he encourages students to do as well.

“Just do it,” Lynch told students. “Just put something out there, see what happens and it will get better as you go.”