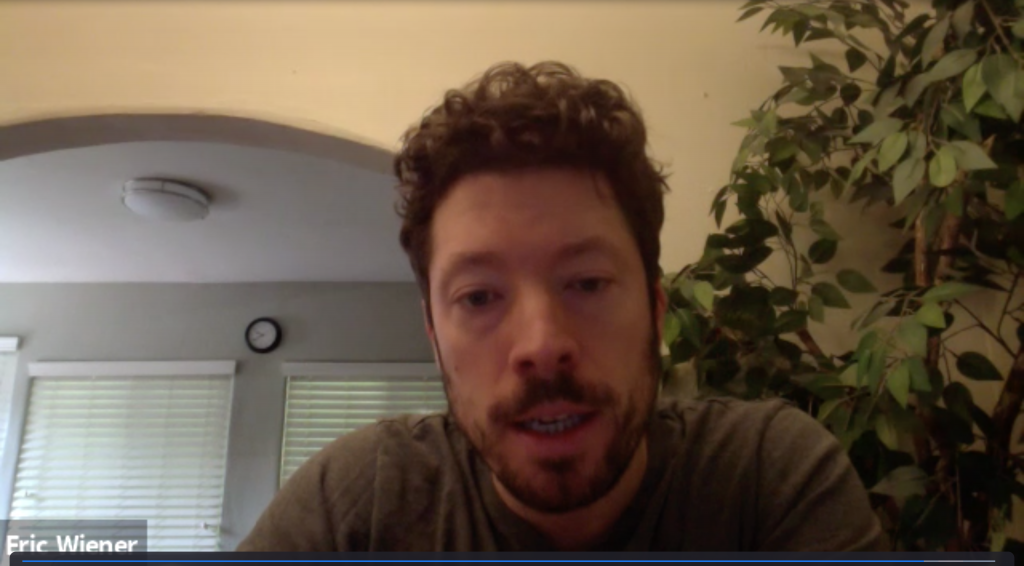 Weiner’s work spans scripted and unscripted TV, food, sports journalism, and most recently, podcasts. He has worked on 100+ hours of television for Discovery Channel, National Geographic, YouTube Premium, Comedy Central, and more, and has developed projects with various production companies, such as Entertainment One, Funny or Die, Matthew Baer Films, Irwin Entertainment, and Karga 7 Pictures.

The two produced “DRAFTED”, a documentary following eight of the top college football players that were in this past year’s NFL draft. Among the names were Jeff Okudah (Lions) Chase Young (Washington Football Team) and Mekhi Becton (Jets).

The documentary is an audio documentary. There is no visual footage, giving it a raw, honest feel that is not commonly found when working with cameras.

“A ton,” was Weiner’s response to how much work goes into the overall writing and putting the pieces together to tell the stories of these athletes in an audio-based format.

What separates this audio documentary from more traditional documentaries, other than the audio format, are the themes that arise through the storytelling, rather than a linear perspective of an individual’s life.

“One of the most interesting things was when we were digging into it, we started to see some of these themes,” Weiner said. “Certain guys have had to overcome obstacles again and again in their life and when we would bring it up, they were unaware of these things that kept reoccurring in their own life. When we would bring that up it would be a revelation to them and then they would be more open to talk about it.”

The themes helped direct the storytelling of the amazing stories that are the lives of these athletes.

Weiner and Salat emphasized that there is an authenticity to audio storytelling that differs from television. The key to this, they said, was to “let their thoughts flow” when referring to the interview subjects, rather than “keep it tight.”

“DRAFTED” is in a podcast format, broken up into several episodes. Podcasts are rapidly growing in their popularity due to the convenience that they can be accessed and the smooth, conversational flow that they are delivered in. While podcasts are easy to enjoy, they come with a few challenges opposed to visual storytelling, such as setting the scene.

Podcasters cannot rely on a variety of shots to “set the scene,” according to Salat. Podcasts rely more on sounds to set their scenes, such as music, dialogue or even silence to get into the “narrative flow.”

This requires a more intricate form of writing for the producers.

To create a visual story using nothing besides sounds and audio, Weiner had a unique method of exercise for students.

“Listen to a T.V. channel,” Weiner said. “Don’t watch it. Go into a separate room and just listen to it.”

“DRAFTED” can be streamed on iHeartRadio and Apple Podcasts.