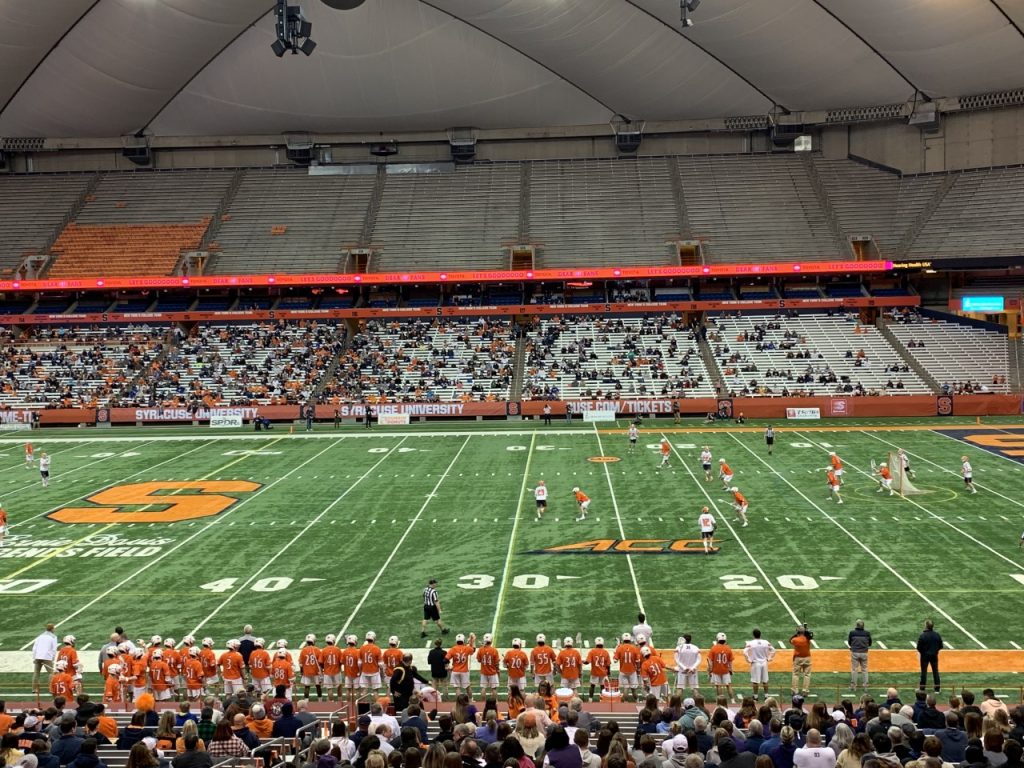 Morgan Alexander – What Comes Next

Story and Photo by Veer Badani

One of Brees’ most famous quotes says, “Anyone can see the adversity in a difficult situation, but it takes a stronger person to see the opportunity.”

These words come from a man who knows a thing or two about sports and how to overcome injuries caused by the same.

To Alexander, the book makes a lot of sense when a person glances beyond the book in her hands. After tearing her ACL, her lacrosse season abruptly ended – forcing her out with the long-term injury. However, her outlook on the situation is one that could have come straight from the pages of Brees’ himself.

“I’m blessed,” said Alexander, after watching her team practice. “I have great coaches, great teammates, great parents, great friends, great everything and for every non-blessing like this ACL I have four or five blessings to count as well.”

Her current injury joins a list of previous injuries that kept Alexander out of the game she loves for considerable periods of time. Now, she has a decision to make: return to the team for a sixth year, or end her college playing career atop this injury.

Her focus now shifts to rehab, but like her idol Drew Brees, Alexander aims to be a leader on and off the pitch – injured or not. Her new goal is to take on a new role.

Team dynamics can be tricky to navigate and finding your place in the team can take years for some, but for others it’s just a matter of being there.

“Whether you are the first one off the bench, a starter, or you don’t play you are still all in,” she said.

While this is her first ever torn ACL injury, Alexander has suffered several knee-related injuries in the past over her playing career at Syracuse University and her teammates have suffered with her all along the way.

“The number one word is heartbreaking,” Alexander said. “It’s a little different this time because I rehabbed really hard and came back a better player than I think I was before which is almost unheard of. I played the first four games and in one split moment you feel like you got everything ripped out of you. My teammates were in shock but they were so supportive and I couldn’t ask for a better support system than I have with this team.”

Alexander is also fortunate to be able to call on her degree at Newhouse as a backup plan if lacrosse doesn’t work out the way she wants.

“I talked with my Professor at Newhouse about this,” Alexander said. “He told me that Newhouse isn’t a backup plan, for most people it is the plan so to have that as your major, which is in itself hard to do, so I am extremely blessed.”

As for the future, a sixth year seems imminent at the moment, but Alexander has more than just one skill up her sleeve.

“I want to be a sports broadcaster or sideline reporter and I think I would be good at that,” Alexander said. “I hope that everything I have gone through can translate into broadcasting and I can become a sideline reporter in the future, that is my goal.”