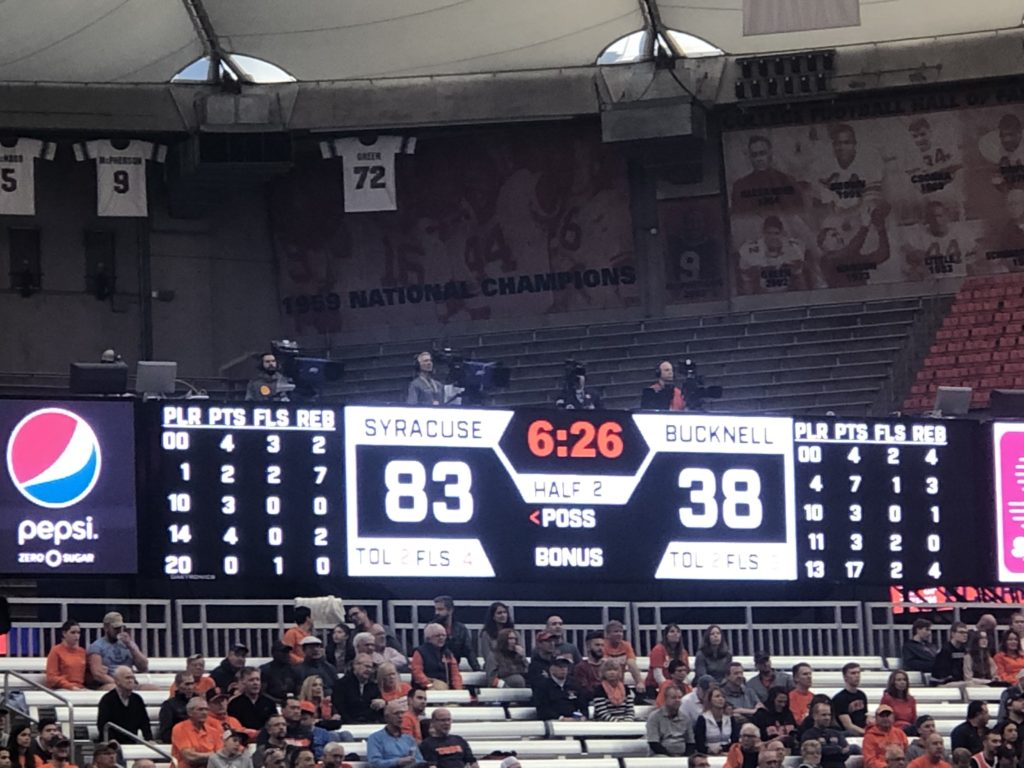 The Orange Dominate at the Dome Against Bucknell

Story and Photos by Vanity Delbridge

SYRACUSE, N.Y. — With a relatively smaller crowd in attendance for last week’s game against the 2-3 Bucknell Bison, the 4-1 Orange came to win.
Shooting a 56.1 field goal percentage, ‘Cuse put up an impressive 51 points in the first half.
Leading the way in scoring was Buddy Boeheim with a career high of 22 points and 4 assists in 23 minutes.
Boeheim left the game with twelve minutes left in the second half.
The Orange had good possession of the ball with 44 rebounds, twelve offensively and 32 defensively.
Elijah Hughes put up 21 points, 16 of which came in the first half along with six rebounds and five assists.
Jesse Edwards also showed his ability to make baskets in the paint and from the perimeter.
The 6’11, 216 lb center played 14 minutes and put up ten points with five rebounds.
Syracuse was slow in transition in the second half with about seven minutes left in the quarter and would miss some easy shots when not being defended by Bucknell.
Both teams had foul trouble with a combined nine in the last three minutes of the game.
The Orange also put up a quick eight points within the last three minutes, two of which came off the glass.
Despite 15 turnovers, the Orange collectively had good stats with 13 blocks, 25 assists and 14 steals.
Bucknell was defensively defeated in a 46-97 blow-out.