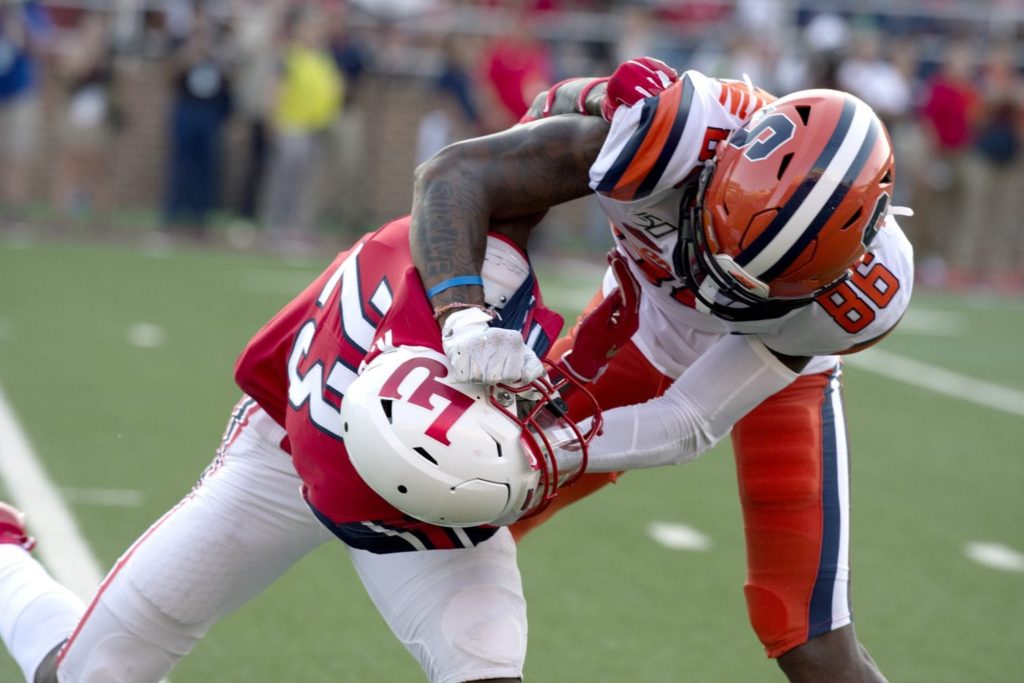 LYNCHBURG, Va. – Coach Dino Babers is known for his aggressive and successful offense, but in Syracuse football’s season opener it was the defense that sealed the Orange’s 24-0 victory over the Liberty Flames.

Tommy DeVito and the offense started shakily with a three-and-out on the opening drive.

“They were playing a very unique defense,” Babers said. “These guys had not seen this on tape so we had to make game-time adjustments.”

Syracuse struggled to make any meaningful changes in the first quarter. The best they could do was squeeze a 25-yard-field goal out of kicker Andre Szmyt.

But defensive coordinator Brian Ward’s guys remained tough. Kendall Coleman picked up his first sack of the season at the start of the second quarter.

“The defense was great,” Babers said.

And great they were, holding Liberty to negative net rushing yards. 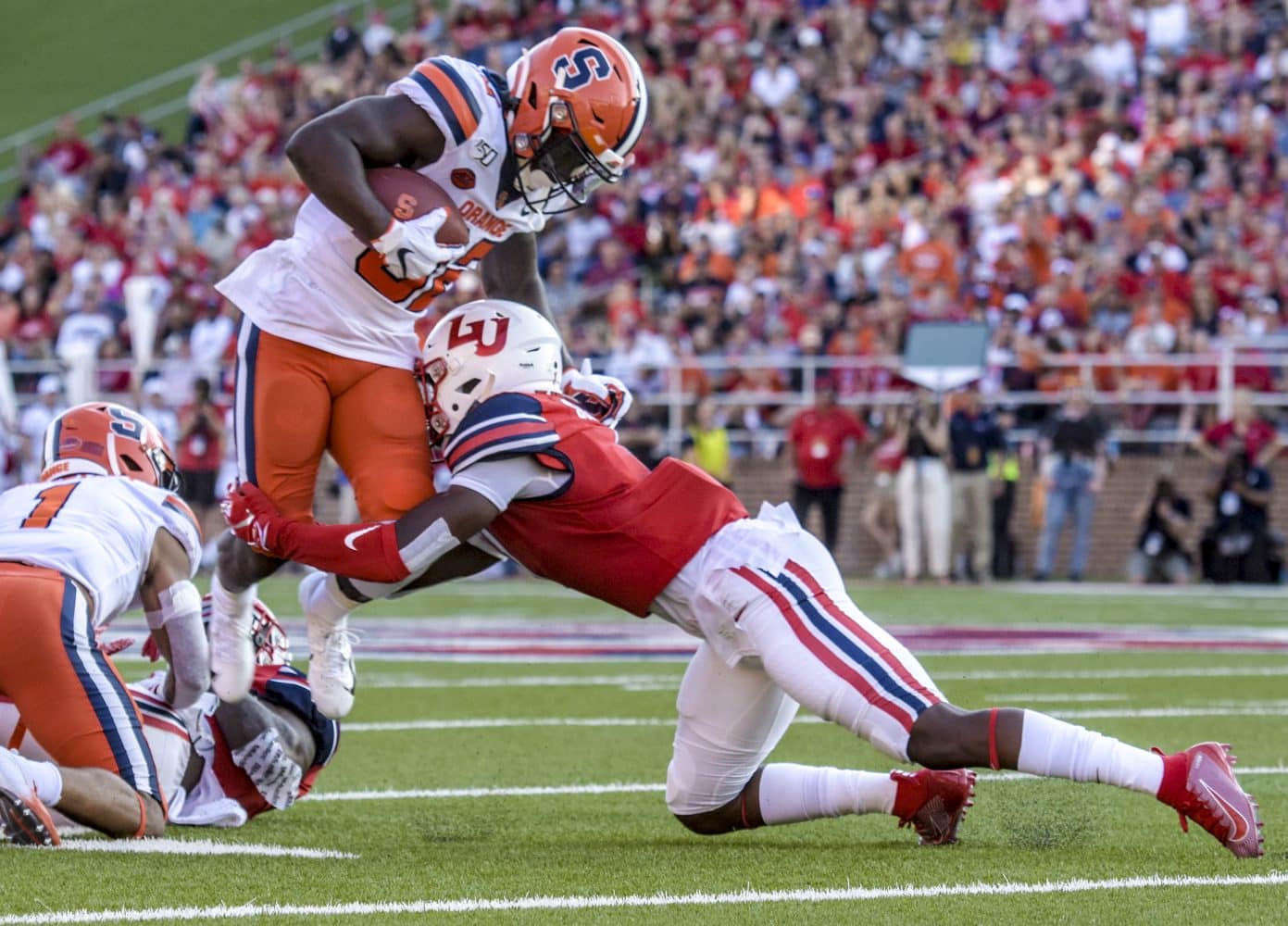 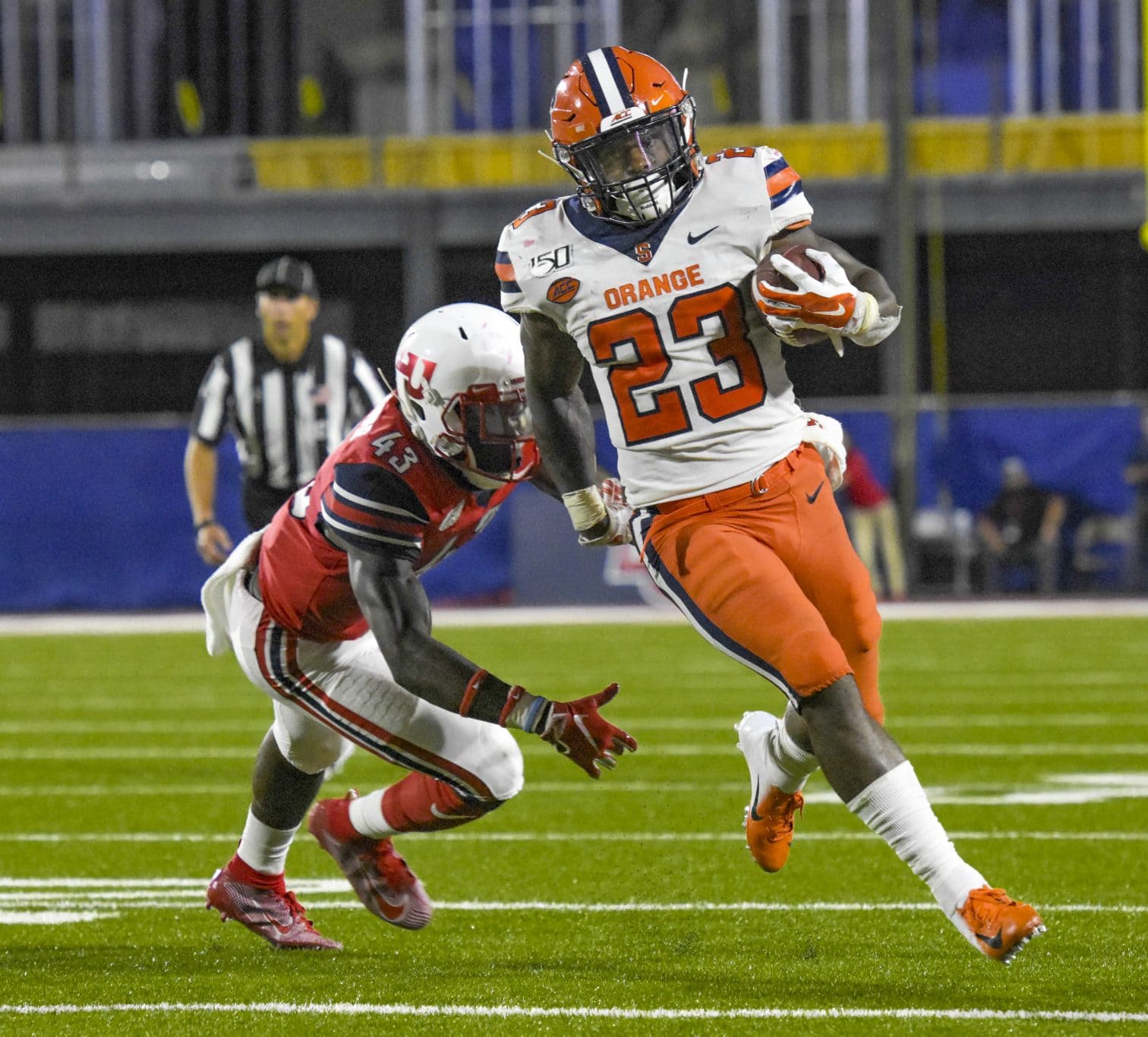 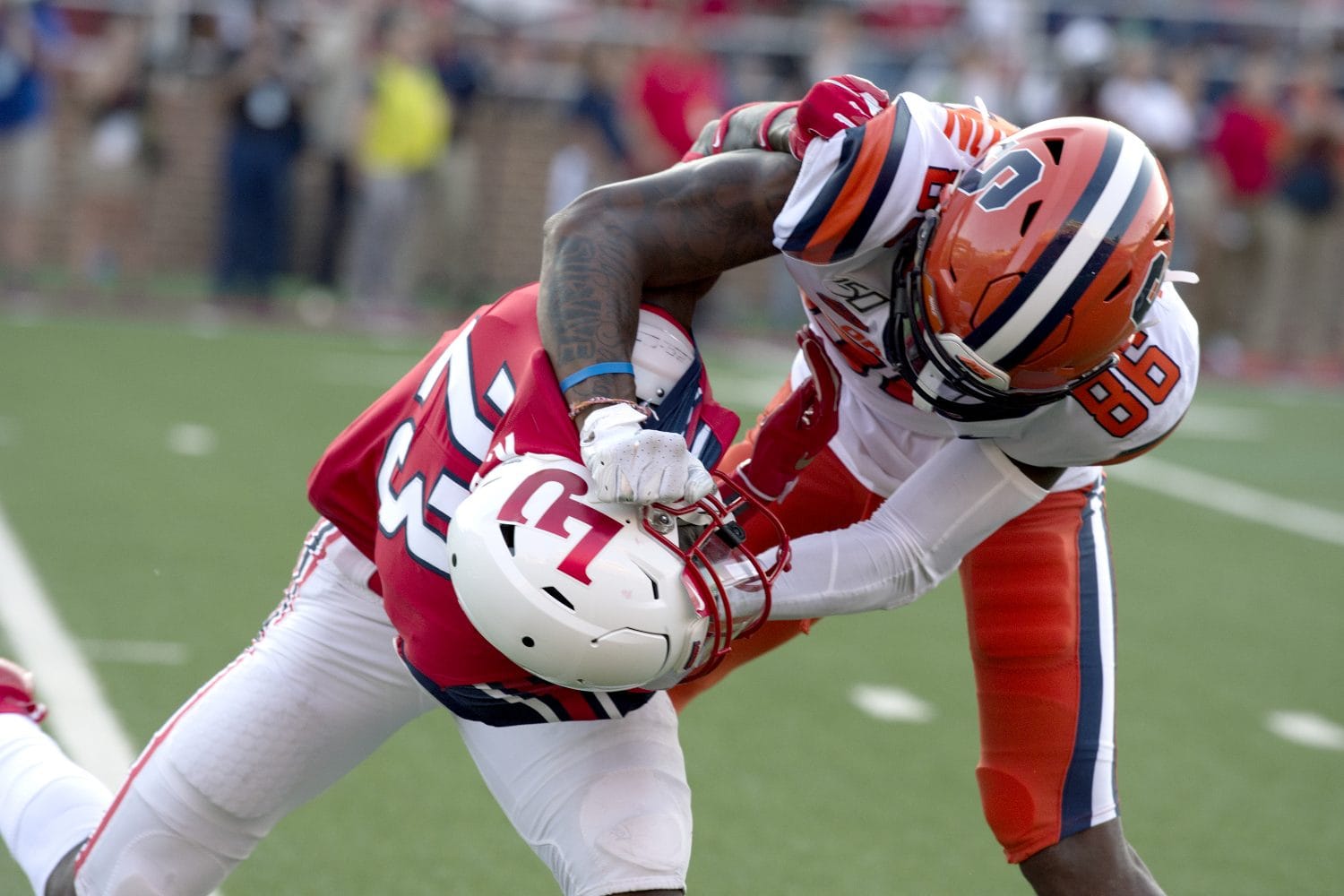 Towards the end of the second quarter, the offense started to make adjustments. Abdul Adams bulldozed his way into the end zone and Szmyt made the extra point to give the Orange a 10-0 lead. DeVito threw his second interception of the game right before halftime, but it caused no harm.

By the start of the third quarter, Syracuse showed the Flames signs of why they are nationally ranked. Andre Cisco made a key interception with about seven minutes left in the third quarter that led to a score from Jarveon Howard. Coleman also snagged another sack.

By the fourth quarter, the Orange had fully settled in. Senior running back Moe Neal ran for a 42-yard touchdown and Szmyt made the extra point.

The Orange head to College Park next Saturday to take on the University of Maryland at 12 pm. The Terrapins won their matchup today against Howard University 79-0.