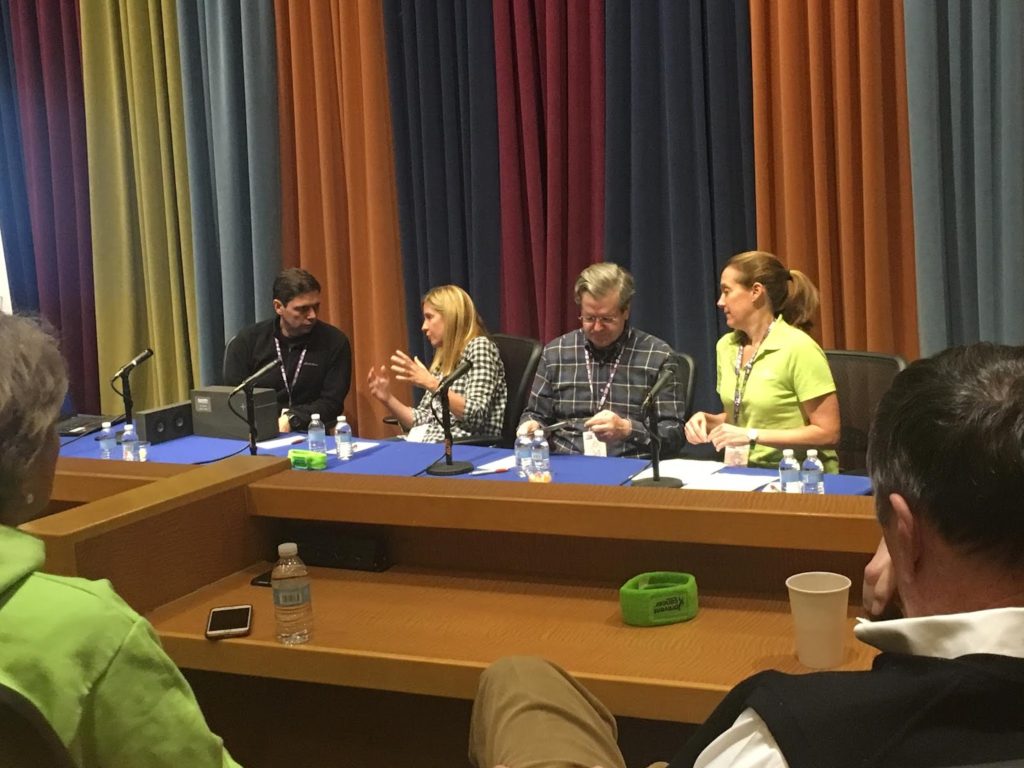 Story and Photo by: Keir Chapman

Rockville, MD — Awesome Games Done Quick’s (AGDQ) mission is straightforward and clear: to raise money for charity through gaming. The style of gameplay, however, has some people scratching their heads in confusion.

Speed running is a specific style of esports, one that pits players against the clock. Using precise movement and manipulation of the game’s physics, a speed runner can beat games in times no one could predict. For example, the world record time for “Super Mario 64” for the Nintendo 64 game console, is 1:39.19 by Allan “Cheese” Alvarez.

AGDQ 2019 is a week-long marathon of speed runs of a variety of games. Money is primarily raised through donations to the Games Done Quick website. Viewers watching on twitch.tv/gamesdonequick can also donate by subscribing to the channel.

Don’t feel frustrated if the concept is befuddling at first. The Prevent Cancer Foundation®

(Foundation) had a hard time understanding it when Michael Uyama, founder of AGDQ, first contacted the organization about being a beneficiary.

“Mike called and got Linda Chastain, who was in charge of events at the time, and she was like ‘Wow, this is strange,” Janet Hudson, Managing Director at the Foundation, said. “They’re playing games, and they’re running fast. She really thought they were running.”

According to Uyama, the Foundation was one of three cancer foundations he had reached out to in 2011 and was the only organization to reply. Aside from uncertainty about what AGDQ was, the Foundation was further thrust out of its comfort zone when Uyama requested it make a PayPal account. In hindsight, Hudson believed PayPal was pivotal in showcasing the Foundation to a global audience.

The Foundation’s trust in Uyama was immediately rewarded. Despite drawing a crowd of just 50 people at the first event, AGDQ raised nearly $53,000 for the Foundation. The number was staggering to both Chastain and Uyama, whose Classic Games Done Quick in 2010, raised more than $10,500 for CARE, a nonprofit organization that provides disaster relief and poverty solutions around the world.

“Our initial goal was $20,000, because we wanted to double what we did the last time,” Uyama said. “By the time we beat $40,000, Linda Chastain was like, ‘Wow, this is amazing. This is so crazy.’ She said that was enough to fund half of a grant study that the Prevent Cancer Foundation® funds.”

The union between the two organizations has remained in place ever since. As AGDQ has grown, the Foundation has been able to secure more funding to award grants for cancer prevention research for low resource countries. AGDQ 2018 raised nearly $2.3 million for the Foundation and garnered more than $100,000 on the first day of the 2019 event.

Where the Funds Go

The Foundation hosted a panel at the start of this year’s AGDQ that went into detail about how the funds were dispersed. Among the panelists were Dr. Kathleen Schmeler, who works at the Department of Gynecology Oncology and Reproductive Medicine at the Anderson Cancer Center at the University of Texas.

Dr. Schmeler detailed how cervical cancer is the most frequent type of cancer among women in Mozambique. She went on to describe how funds from AGDQ have helped create courses in Mozambique aimed at teaching that nation’s doctors how to determine if a patient has human papillomavirus, the virus that causes cervical cancer, and treating it before it develops into cancer.

According to Carolyn Aldigé, the Foundation’s Founder and Chief Executive Officer, the Foundation does its due diligence when determining who will receive grants made possible by the money raised at AGDQ. After researchers submit proposals to the Foundation, another panel of experts reviews the proposals and determines whether or not they will receive support.

“Even if we know and like the people who submit, they don’t all get approved,” Aldigé said. “If the experts say it’s missing this, that, or the other, we don’t recommend it for funding.”

There appears to be mutual interest from AGDQ and the Foundation to keep the partnership going into the foreseeable future. Uyama is pleased with the pace at which the alliance has developed and wants to see it continue. The financial support AGDQ provides for the Foundation is not lost on Aldigé.

“I want Mike, his colleagues, and all of the people that come to this event, to know just how grateful we are to have these funds,” Aldigé said. “They enable us to do so much amazing work around the world.”